I recently completed an early 20s outfit. Before the dropped waists of what we commonly think of higher waists and blousier tops were en Vogue. Using an original 1920s Butterick dress pattern for the top and Wearing History’s new Riding Pants pattern for this look. When buttoned the pants look like the typical skirt of the era when unbuttoned they turn into a more daring look.

I decided to use a lot of period techniques on my trusty 1947 Singer Featherweight. Including keyhole buttonholes and machine stitched eyes (I only broke 2 needles). The pants, or skants as I like to call them are made from a light weight wool. 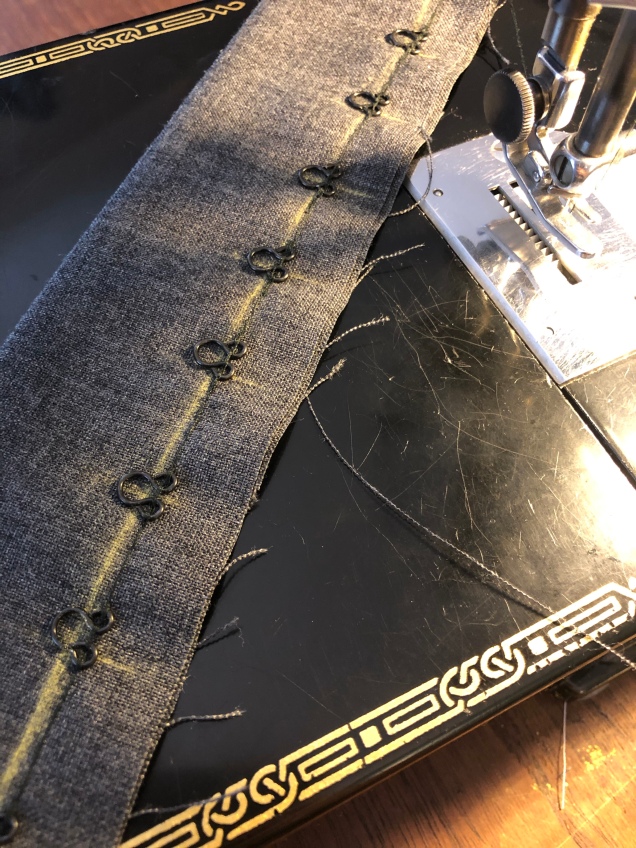 True to the original the pattern did not include a placket. I had no problem doing it on my own. By cutting an 11” x 4” piece of self fabric will result in a 10” x 1 1/2” finished placket. I then bias bound the raw edge with the skirt to clean finish it. 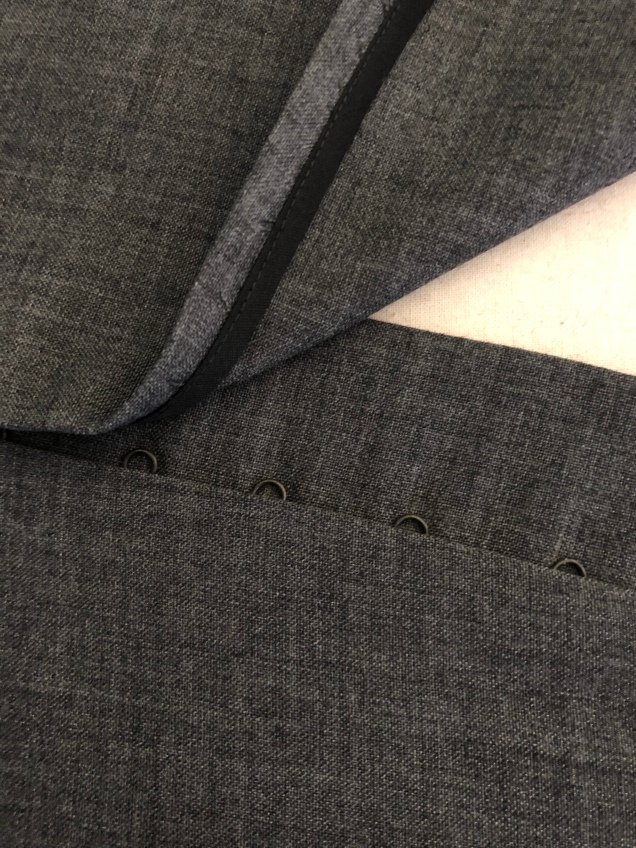 The center back has a large inverted box pleat which gives the appearance of a skirt from the back.

The inverted pleat is mirrored in the blouse. I finished off the top of the pleat with a crows foot tack that I found in a 1921 Butterick sewing book with a little help from the Stitchlings Community at Foundations Revealed .

I’m such a fancy finishing girl it was nice to machine sew a hem up for once. All my seams were also pressed and stitched open at 1/8″. I did sandwich my front panel in the seam. What I did for constructing mine is sewing two panels together along the top bottom and lefts side making sure that my hem was the correct length at the fully finished bottom edge. Placing 22 buttons was a real task. I wanted to use heavy buttonhole twist to match all my other buttons but my machine was just not cooperating so I needed to use regular thread.

And bam your skirt becomes pants! Go ride a horse astride or a bicycle in comfort like the modern women in 1920. 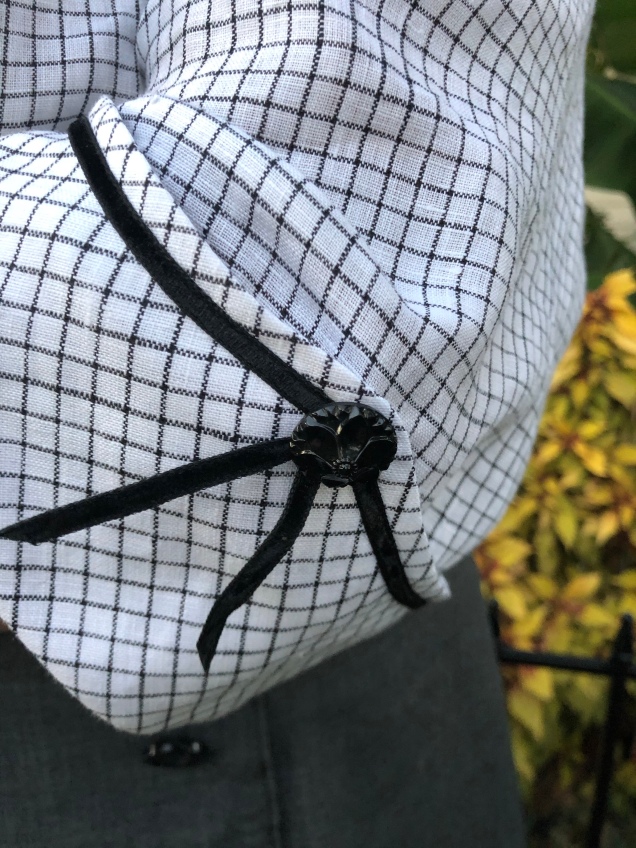