The intriguing mix of Neo-Gothic Art Deco at Architect Milton B. Medary‘s Singing Tower inspired the creation of tea gown with matching under gown and overbust corset. Bok Tower Gardens was the dream of Edward W. Bok the editor of Ladies’ Home Journal from 1889-1919. The sprawling grounds were designed by Frederick Law Olmsted Jr. the son of the renowned designer of the Great Colombian Exhibition in Chicago.

I took inspiration from the repeated arches and strong graphic lines of the Tower. The of pink Etowah marble and gray Creole marble inspired my choice of textile. The main silhouette was taken from Edwardian home wear, Bok is credited with the invention of the idea of the modern living room. The tea town was an informal garment worm when entertaining in the home. The corset would never show of course but I was going for historically inspired not historically accurate. Overall I wanted the final look to reflect the Southern Gothic gardens.

My main fabrics are hot rolled rayon/cotton moiré. I used a synthetic chiffon for the under dress. The corset pieces are fused to washed cotton coutil using wonder under. To pattern the corset I used a basic corset block that fit me well and cut all the pieces out of stiff brown paper with no seam allowance. I carefully taped the pieces together to create one half corset. I then sketched out my lines to mimic the arched forms on the Singing Tower. Once the pieces were cut out I traced them on the fresh paper and trued my curves adding 1/4″ seam allowance. The corset self was then sewn together on my trust Singer Featherweight 221. The tricky part was making a corset with no visible boning. The lining has 16 bones placed in between the layers. I then flatted the lining to the self at the top and bottom edge after setting in my busk placket and clean finishing my center back. Once the two layer were secured I stitched in the ditch in all my seams starting and stoping after each bone. There are still some wrinkles but the smooth effect was worth it. There is one visible stitch line behind the grommets that was a necessary concession. The tea gown was made using a heavily altered Truly Victorian pattern. I drafted the sleeves, belt, and the collar and cuffs to match the Watteau pleats. The matching underdress was made from 2 layers of French seamed chiffon and has interior elastic to keep it snug to the body but not visibly fitted. The construction was all about using hidden elements to support the visible design. 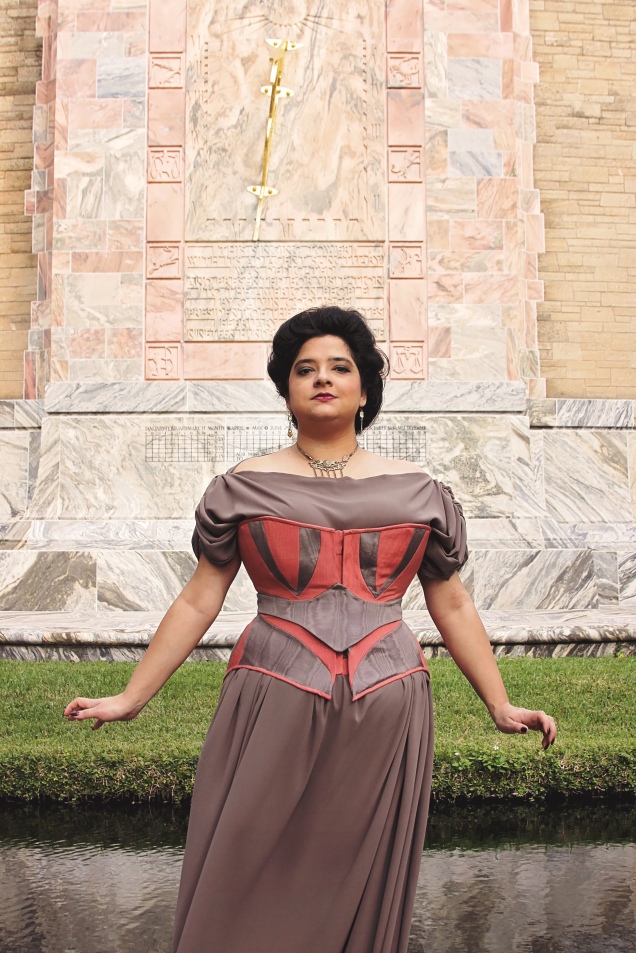 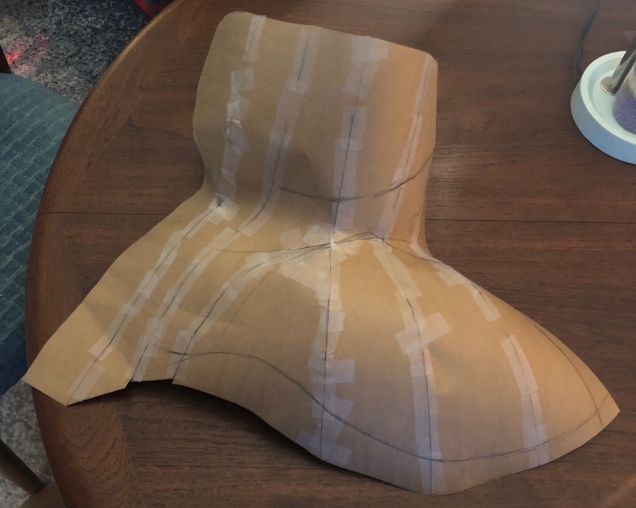 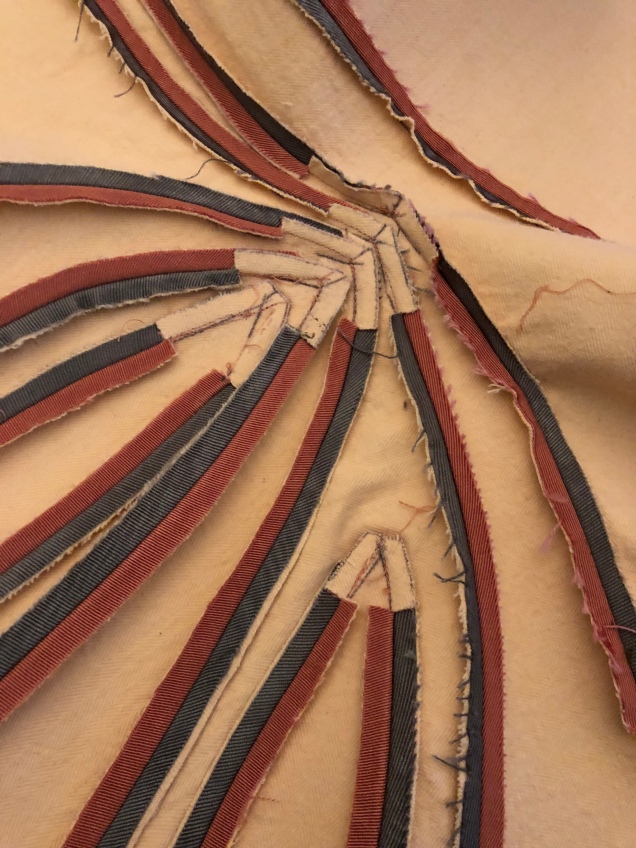 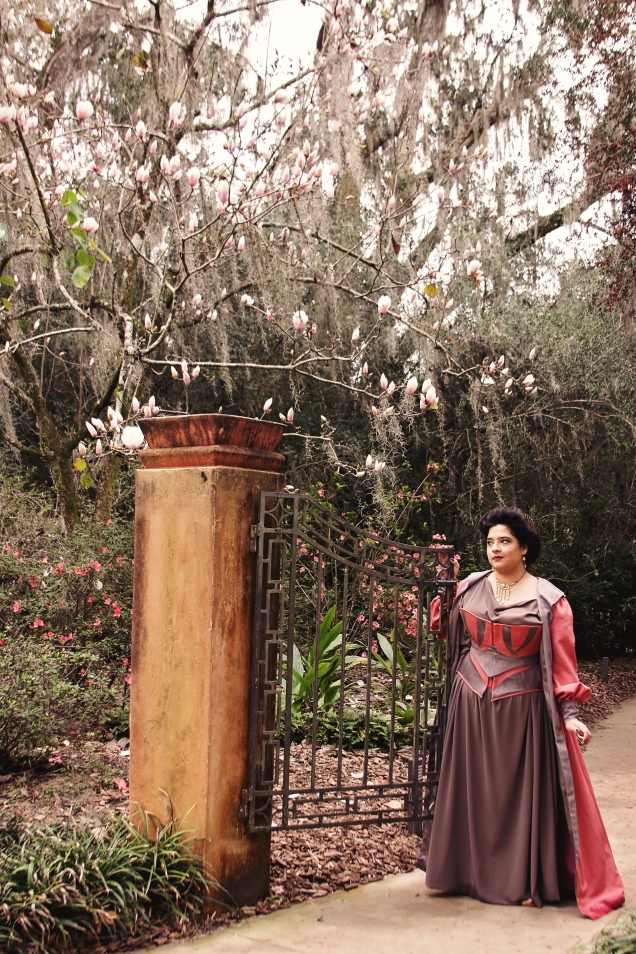