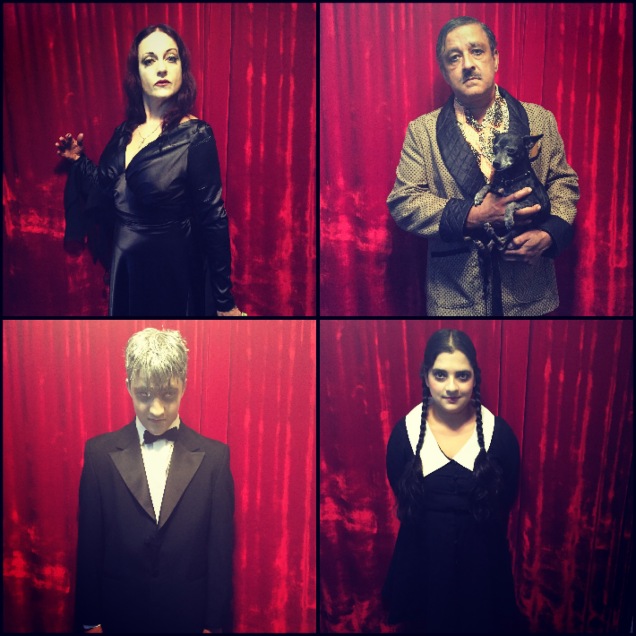 For the Silver Screen HSM challenge, conveniently due the day after Halloween, I decided to outfit my family as The Addams Family. As they were in the original cartoons from The New Yorker from 1938-1964. Most people associate The Addams Family with either the 1964 television show or the 1990s movies. Charles Addams the artist and humorist that created the Addams Family started working for The New Yorker in the early 1930s he officially introduced the unnamed Addams Family in 1938. His creation was a gothic version of the 1930s up-class, I can imagine Morticia wearing Coco Channel, Elsa Schiaparelli, Vionet and Gomez wearing the dapper double breasted suits of the time. Wednesday was certainly dressed as a young lady. Lurch had to wear a rented tux unfortunately. 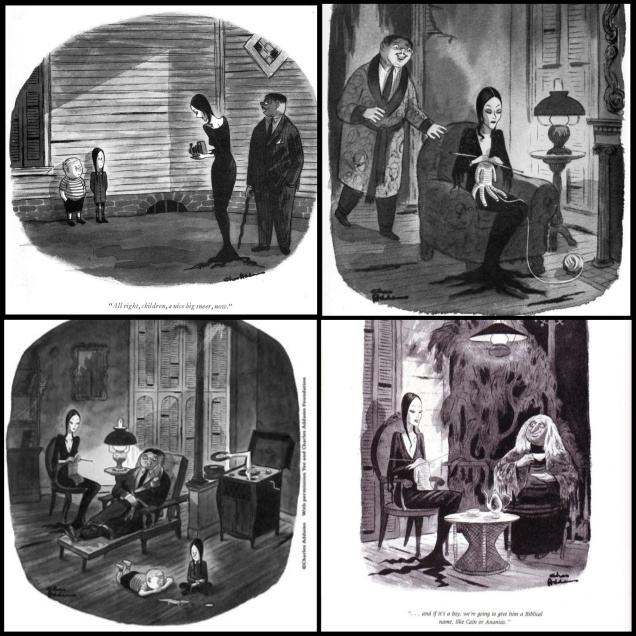 Cartoons from The New Yorker by Charles Addams 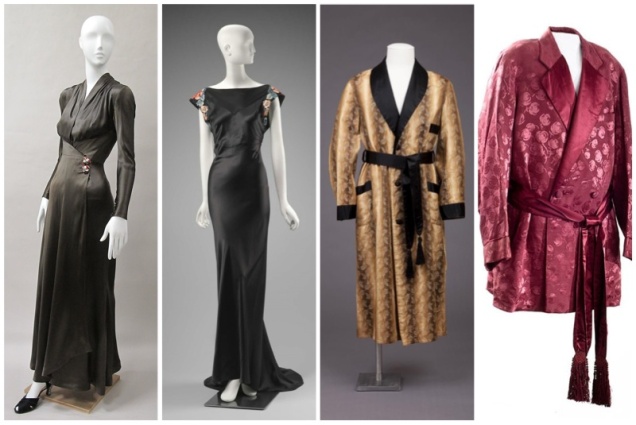 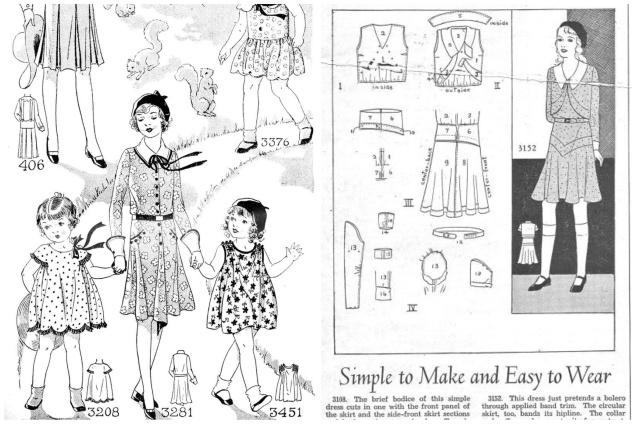 My Inspiration for Wednesday’s dress 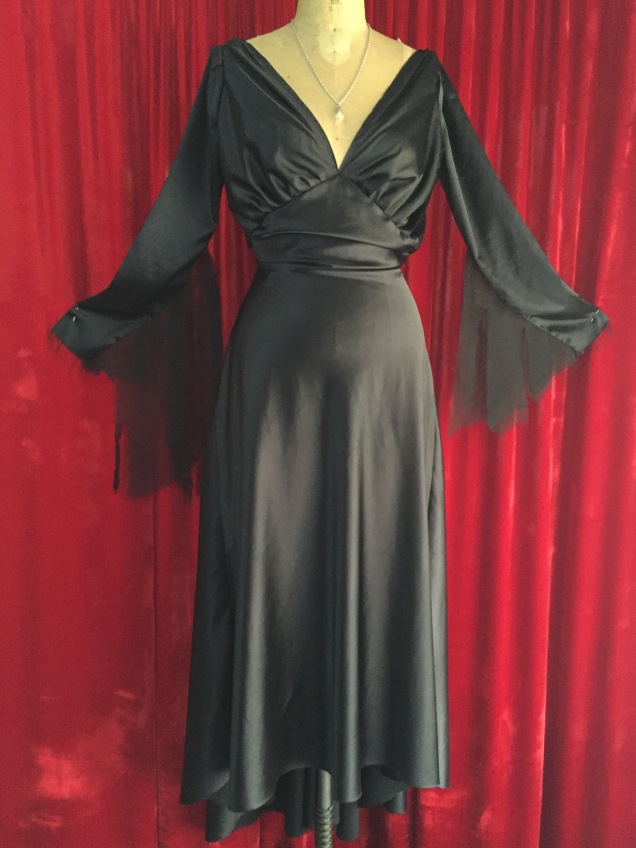 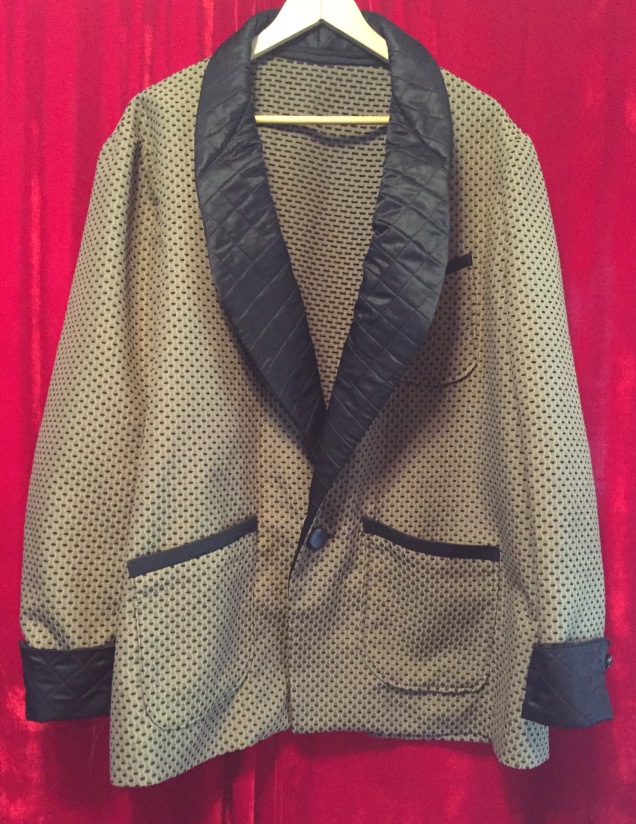 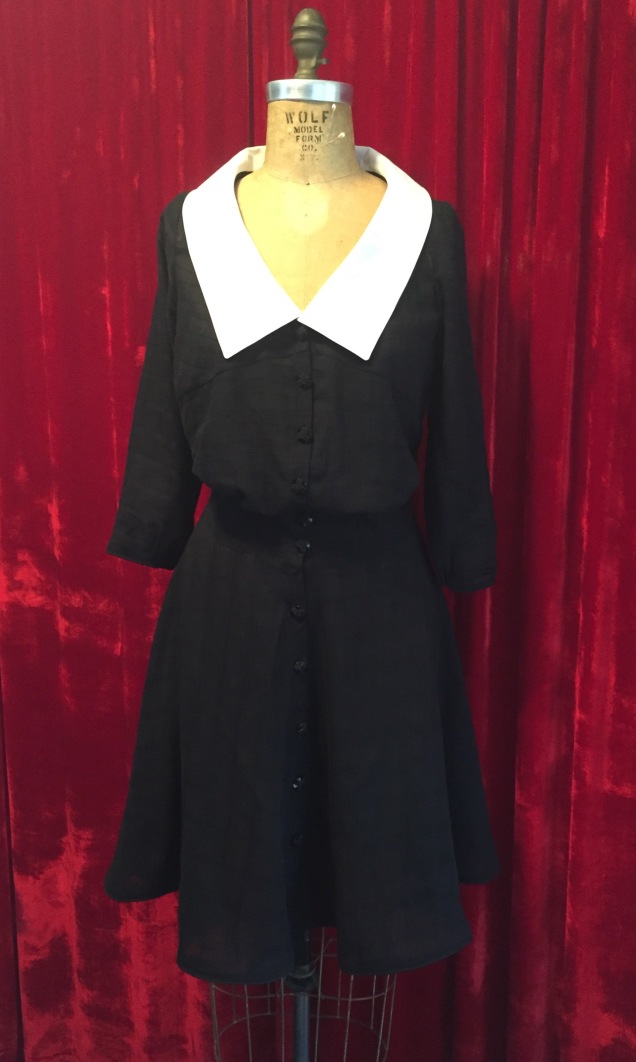 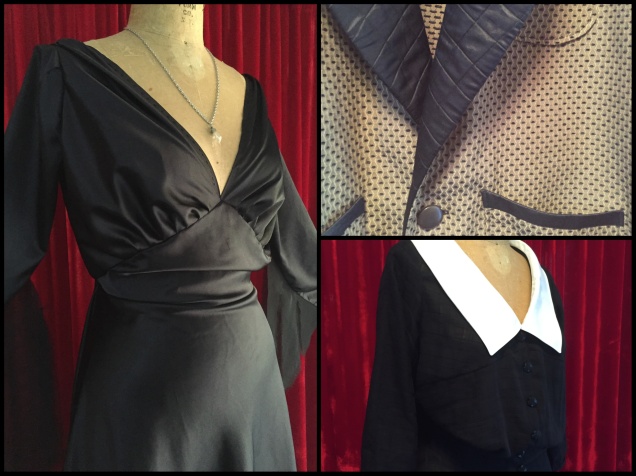 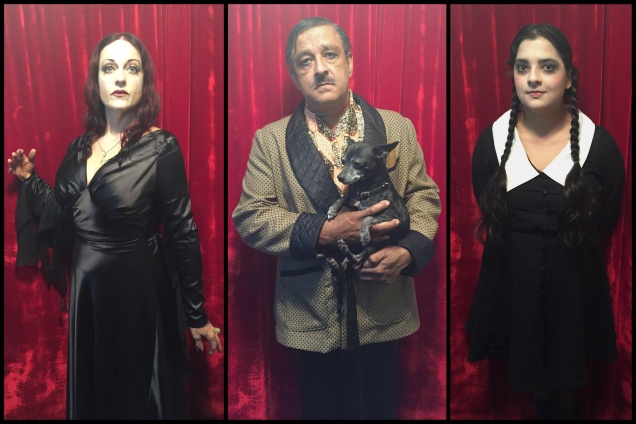 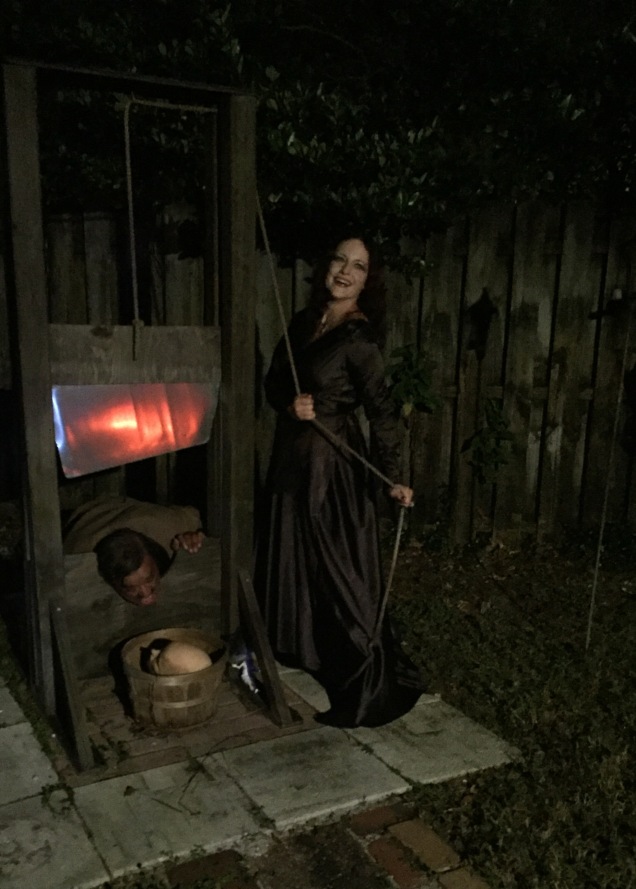 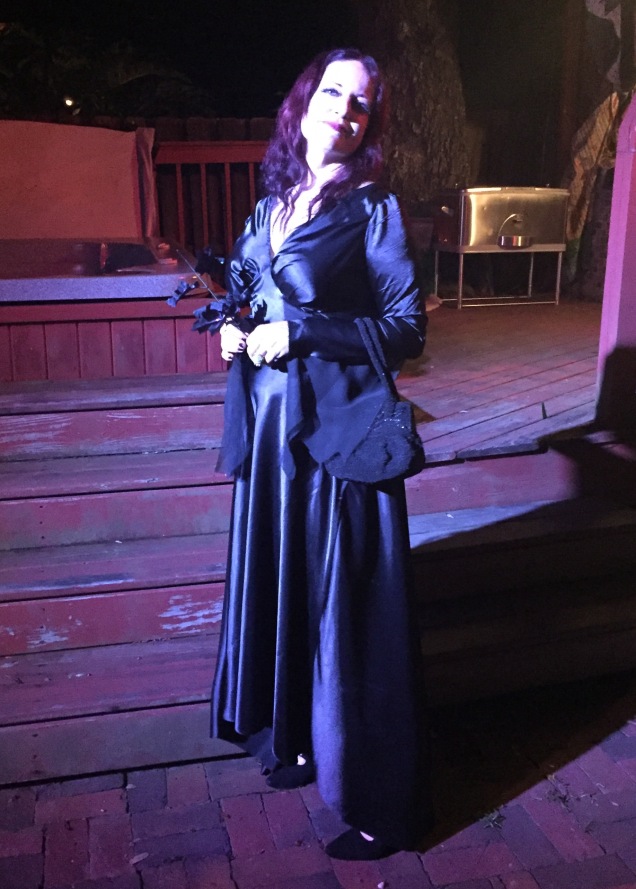 What the item is: Morticia is wearing a bias cut satin gown with long sleeves, Gomez is wearing a smoking jacket with quilted lapels and an ascot,  Wednesday is wearing a cotton frock.

What’s your onscreen inspiration?: The Addams Family being traced back to the 1930s New Yorker cartoons by Charles Addams. I drew inspiration from the look of the 1960s television show but kept the costumes in the 1930s

How historically accurate is it? I would say the patterns and look are fairly good if The Addams were to really exist but some of the fabrics are synthetic. 75%

Hours to complete: I worked on this project in little chunks over two months.